“Isn’t there just one thing you can do right? How can you forget to pay the bill when you know today is the last day?” she would say, making no effort to hide her anger.

“I am sorry Ma” I would reply meekly.

“This isn’t the first time, is it? When will you ever learn?”

“Every time I ask you to do something, you somehow manage to mess it up…. I don’t understand what more I can do.  I try and try so hard to make you a man your father would have been proud of. But it is just one grand failure after another.”

I would try to make myself disappear; compress my shape into the smallest space. Hoping, that perhaps then, that unforgiving gaze would miss me. But it never did.

“Don’t just stand there all dumb! It is the most useless thing to do” she would say in disgust.

I would hasten my retreat into my room; the small sanctuary where I could sit still with a restless mind that ran in circles about how absolutely worthless I was.

This was the shape of my life – an endless spiral of events that reinforced how embarrassingly inadequate I was. I wasn’t my father. That meant whatever I did, I did wrong and was solely responsible for the sum total of my mother’s misery. “Why can’t you be more like your father?” would have made a single line memoir of my entire life. And what did it mean to be my father – to be a man of highest morals, infinite patience, unsurpassed kindness, quick intelligence, great generosity and piety that can only be experienced.  A person so accomplished, that the events of his life were legends. Legends that had a way of sneaking in, unbidden. They would crop up in every bed time story, in every scolding, in every shared moment, in every casual comment. They would surround me with a voice so loud that they completely filled my reality. My own words had no chance, they simply drowned.

I did try my best to be more like the man I had never met; he was dead before I was even born. But then, it was an impossible ask.  You can only pray to a God, not want to be one. Eventually, I was tired of my futile attempts at greatness and settled for the mediocrity that I was destined to excel at. The only skill I managed to acquire was to navigate the forest of my father’s legends without being broken – for 18 years.

College happened and I started living by myself for the first time. Finally, my voice, though feeble, got a chance to be heard – by me. It taught me the overarching lesson that all the legends of my childhood could not – that most legends are never entirely true. It taught me that no doubt, my father was a good man. But he was still a man – like me. It made me understand who I wanted to be as opposed to who I was supposed to be. It made me drop out of college and do my own thing. I have been at it ever since.

Today, I am free – from the legends and from the bitterness. I have come to realize that the legends of the God man were just castles in which my mother lived, buttressed against reality and loneliness. She needed them for her own sanity. She was incapable of seeing how those walls imprisoned me.

Today, I am also an orphan. An orphan, who yearns to be imprisoned in those walls again. 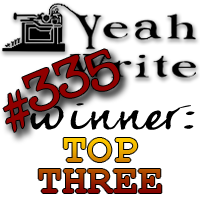